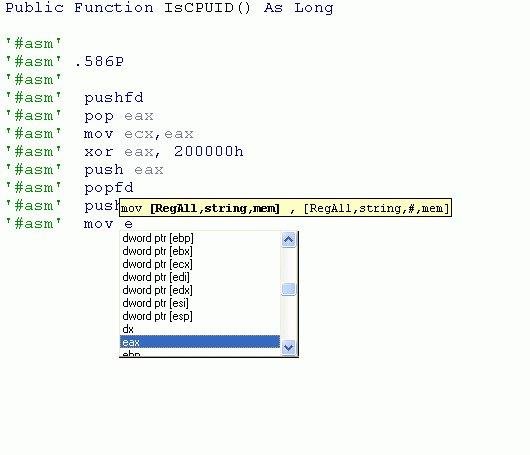 A hack to add inline assembly in Visual Basic 6? Sure thing!

Developed in collaboration with blahetal & gannibal.

Initially we used “gmail drive” for sharing code, then at some point we switched to sf.net. Initial work was done within the pscode community.

Winner of “project of the month” for some month of 2005 on PSCode. I need to figure out more details on this, seems like pscode had some data loss.